Welcome to your arctic adventure of a lifetime!

Welcome to the youngest territory of Canada, settled over four thousand years ago, recognized as distinctly Canadian in 1999.

Nunavummiut are deeply pleased to invite visitors into their lovely home, into one of the largest unspoiled natural paradises on the planet. People from everywhere are cordially invited to come here and enjoy the arctic wildlife and the Inuit way of life, to explore the top of the world and be dazzled by the vivid dancing hues of the Aurora Borealis. 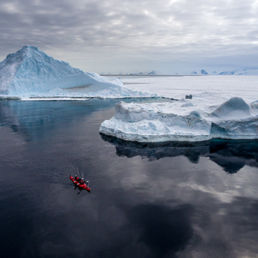 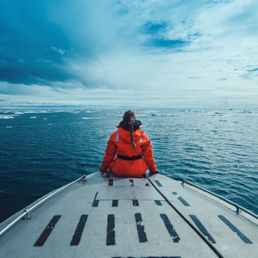 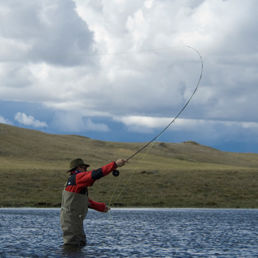 The first impression many visitors have of Nunavut is that of its vast expanses of pristine wilderness.

Comprising most of the Canadian Arctic Archipelago, about one fifth of the total landmass of the nation, Nunavut is the size of Western Europe.

It is the largest yet least populated of all the provinces and territories in Canada, with a total area of 2,093,190 square kilometres (808,190 square miles) and a population of approximately 33,330 people — 84 percent Inuit. With one person for every 65 square kilometres (25 square miles) of arctic wonderland, the feeling of gigantic natural space is absolutely true!

Nunavut can only be accessed by air and sea.

You cannot get here by car and Nunavut communities are not linked together by highway. Travelling between Nunavut communities is usually done by aircraft or cruise ship, but in some cases it is possible to reach another community by snowmobile, dogsled expedition or powerboat.

Nunavut is home to the northernmost permanently inhabited place in the world, Alert, a military installation which is only 817 kilometres (508 miles) from the North Pole. That is truly north!

Apart from experiencing its spectacular arctic landscapes, visitors gain a very memorable impression of Nunavut that comes directly from the gracious warmth and hospitality of the remarkable people who live here.

In traditional Inuit culture, the ethic of sharing is of foremost importance.

This deep-rooted social value is eternal. Even today, this sense of collectivity, respect and mutual reliance is what often distinguishes the friendly residents of Nunavut communities from people in many other corners of the dog-eat-dog world. Welcome to the true north!

There are four official languages in Nunavut — Inuktitut, English, French and Inuinnaqtun, which is a variant of the Inuit language spoken in the westernmost communities of the territory.

Inuktitut is the mother tongue of 70 percent of Nunavummiut.

English is the first language of 27 percent of the population, French and Inuinnaqtun about one and a half percent each.