A Paddle And An Ancient Vessel

Thousands of years ago, skilled inhabitants of the North navigated treacherous waters in vessels made of wood or bone, and wrapped in sealskin called a qajaq. They could move with speed and agility, allowing them to hunt and travel with relative ease, and immeasurably improving their quality of life. The kayak is a true testament to the ingenuity and adaptability of our Inuit ancestors.

Today, these sleek vessels are made of polyethylene and mainly serve another purpose: providing an exhilarating perspective to take in the wondrous sights of Nunavut.

“It’s a totally different view than what you get on the land,” says Louis-Philip Pothier, president and head guide with Inukpak Outfitting.

“In Iqaluit, you can paddle out a distance, turn around, and take in the whole city at once, and all the variation of the terrain – from rolling hills, to jagged rocks, to beaches, and vegetation.” 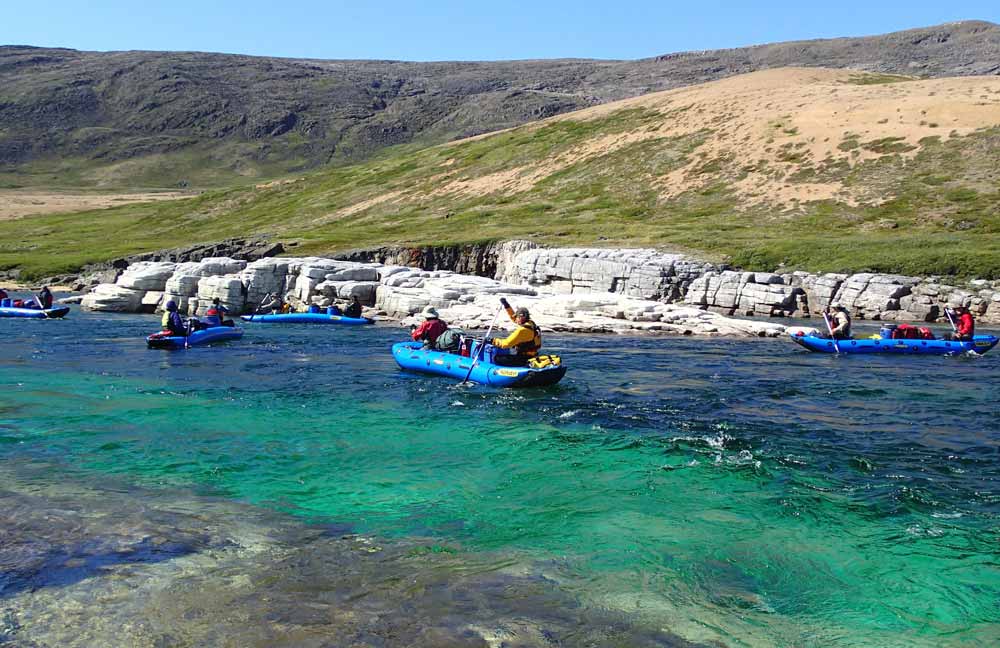 Nunavut’s capital also boasts excellent seal and bird watching for intrepid kayakers, and a lucky few may even catch a glimpse of narwhal through the crystal-clear water. In other communities such as Pond Inlet, larger land and marine mammals – including polar bears, whales, and walrus – are commonly spotted. Aside from the stunning scenery and wildlife, Pothier shares that some of the most memorable kayaking moments are the ones that could never be anticipated. “Last year, we lost the ice floe early, but one morning a strong wind brought it all back. The bay was covered in giant chunks of ice,” he says. “When we went out on the water, instead of stopping on an island or the shore line to have a snack, we ended up on a large chunk that was half the size of a football field. It was an amazing feeling to sit on this island made of ice, swaying and floating on the surface of the water.”

The types of kayak-faring adventures available to travelers vary widely, depending on skill level, physical ability, and the length of the trip.

Many outfitters can tailor an excursion to your wildest dreams, and can even accommodate guests with little or no previous experience. “Groups have come with kids aged eight or nine, and we matched them with stronger adults in our double kayaks,” says Pothier.

While not everyone will require support in the form of a double kayak, getting the right gear is essential to ensure a safe and enjoyable trip on the water. In addition to a kayak and paddle, a wetsuit, life jacket, neoprene socks, and drybag are key items for a summer excursion. In the winter, a drysuit is also required to keep paddlers protected. “Making sure that people are well-dressed and well-equipped is our number-one concern,” says Pothier. “The risk of getting hypothermia is very high in such cold water.”

In Nunavut, beautiful weather can, on occasion, turn quickly inclement. Experienced guides will closely monitor forecasts and weather patterns, in order to re-route or reschedule trips when necessary. “Sometimes we do have to cancel because of the weather forecast, or if the waves are just too big,” says Pothier. “But most of the time we are able to find a good spot.” It’s recommended to book a kayak trip early on in your visit, so that alternate dates can be arranged if necessary.

Even the most experienced paddlers will find their experience enriched by hiring a local guide who is familiar with the land.

“We’ve had clients who have gone sea kayaking all over the world and would have been fine to go on their own, but didn’t want to worry about bringing all their own gear and food,” he says. “They also want to have someone along who can answer their questions about Nunavut, the plant life, and the wildlife, as they are seeing it.” For a list of trusted companies who can fully prepare and guide you for a day – or a week – on the water, click here. 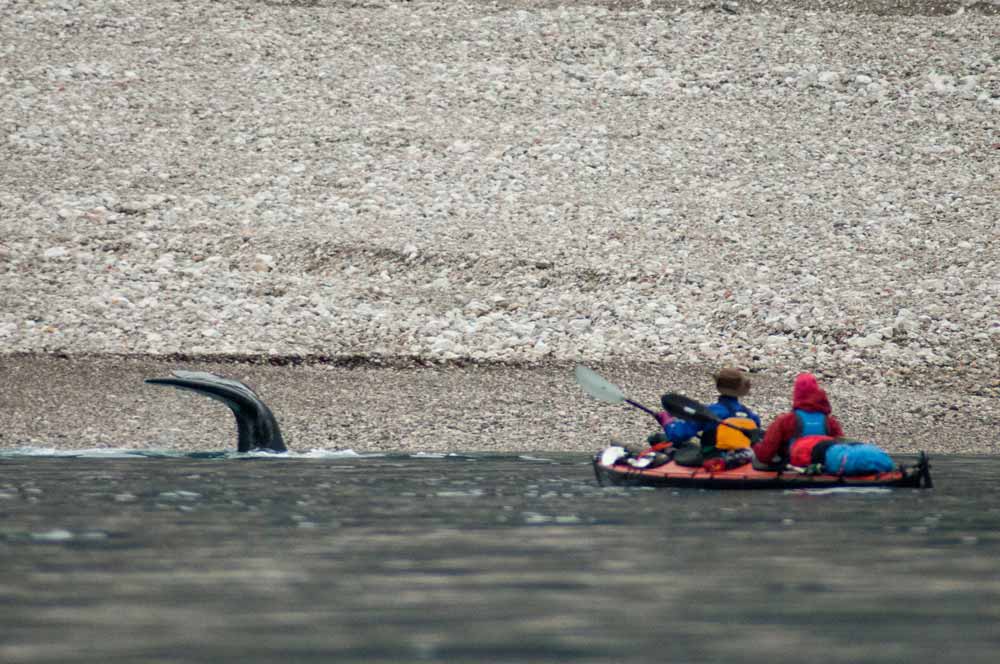 In a place as extraordinary as Nunavut, there’s no shortage of adventures to be had, and no two visits will ever be the same. “Every trip is so unique,” says Pothier. “You can show up and it’s windy, so your excursion that day becomes a more physical challenge. Or you can arrive and the waters are calm, giving you a peaceful moment to watch the tiny sunset on the horizon.” He notes that some first-time paddlers are initially anxious about getting out on the water, but find the experience to be surprisingly stress-free. “Our clients are often amazed at how stable and safe it is to travel in a kayak,” he says.

From an essential tool for survival, to a vessel that provides unforgettable experiences, the iconic kayak has seen many changes in the course of a few thousand years. Only by coming to Nunavut and embarking on your own paddling expedition, can you discover where it will take you.