The Beautiful Flowers Of The Arctic

The Arctic has some of the most beautiful flowers, hidden in plain sight, on the tundra. They may be small, but sure do make up for their size in colour, beauty and striking contrast to the often bare high-arctic tundra.

Every summer, these small colourful plants come out from underneath the winter snow and bloom with the arrival of the Arctic summer sun. Some bloom for just a few days! Here are just a few of the flowers on Somerset Island, along the Northwest Passage, and within the vicinity of Arctic Watch.

Tufted Saxifrage: this beautiful high arctic flower is commonly found throughout the Canadian, Russian, and Lapland Arctic. Reaching a height of about 10cm, the white flower blooms later in the Arctic season, typically mid/late July. Did you know that the plan was once regarded for its medicinal properties, to treat bladder stones? 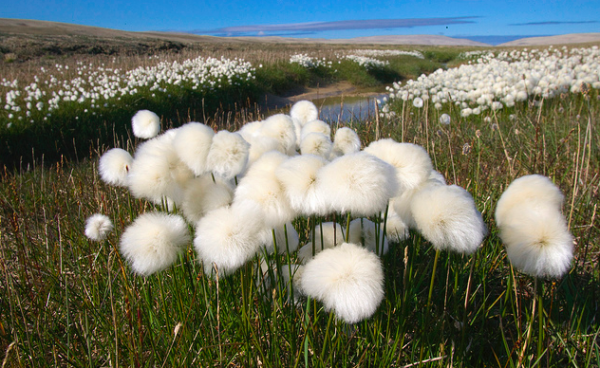 Arctic Cotton Grass: One of the most important plants in the Inuit culture, the Arctic Cotton Grass blooms mid-summer at Arctic Watch, and grows in the wetter areas and swampy grounds. Once used by the Inuit as a candle wick, the cotton grass was collected, dried, and rolled to mix with seal fat in winter seal lamps. This combination of seal fat and the cotton grass wick produced a small flame, just enough to warm an igloo. In areas where caribou were in abundance (such as our sister lodge, Arctic Haven Wilderness Lodge), the cotton grass wick was used in combination with caribou fat to produce a candle. 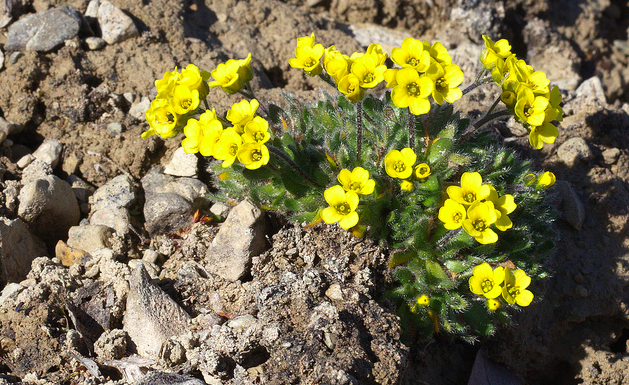 Arctic Draba: A small, green, round tussock of small hairy leaves that produce clusters of yellow flowers. It is generally found on gravelled alkaline barrens. 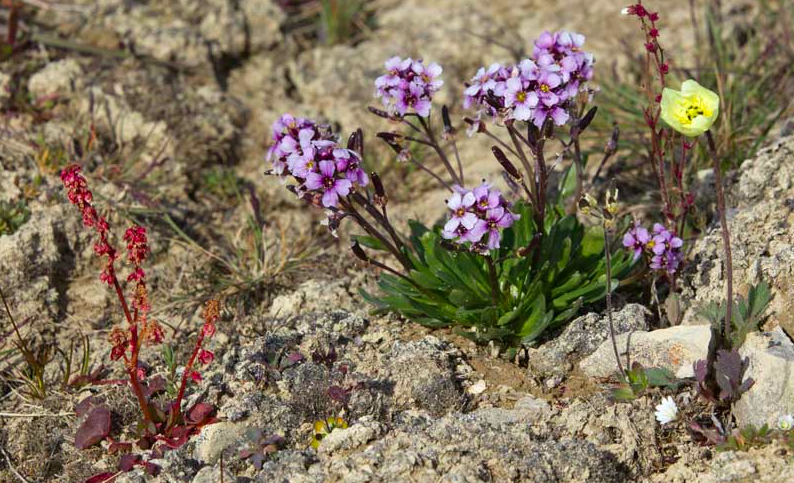 Arctic Parraya: Clusters of pinkish-purple, large flowers grow on leafless stems radiating from a rosette or long, fleshy, blue-green leaves. The flowering stems are 5 to 15 cm high. It flowers late in June and July on Somerset Island. 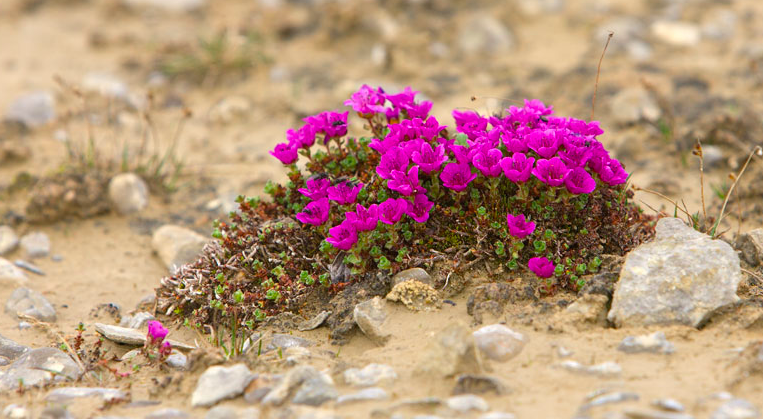 Purple Saxifrage: This plant has matted trailing branches or dense clusters with small, leathery leaves, and bristly edges. The large purple flowers have short stems. It is usually the first plant to flower in late June on Somerset Island, and can grow in a variety of climates and soils, but generally in neutral to alkaline soil.

Former Canadian Museum of Nature botanist, Nicholas Polunin, wrote in 1940 that this plant “must be reckoned among the world’s greatest beauties, especially as it stands out in its unusually bleak and desolate surroundings.”

Be sure to visit the flora section of Arctic Watch’s site to see more great examples of beautiful Arctic flora.