Birds of many feathers flock to get here!

Nunavut has over 100 species of birds, nearly all of which are migratory species — with only the raven, the snowy owl and the ptarmigan spending the winter in permanent residence. Inuit storytellers recount many ancient legends featuring these resident birds, but the trickster raven — whose complex personality often gets him into trouble — is adored by young and old.

Huge populations of other species of birds fly enormous distances to Nunavut for breeding purposes, tending to return to the same nesting grounds each year. The extraordinary physical effort of migrating from the southern hemisphere to nest in Nunavut is believed to reduce the risk of predation on their eggs, helping to ensure the survival of auks, buntings, cranes, ducks, finches, geese, gulls, jaegers, larks, loons, pipits, plovers, sandpipers, terns and many other arctic species, including gyrfalcons.

The Inuktitut word for bird is 'tingmiaq' - the same word also means airplane.

Birds as beautiful and diverse as Nunavut itself.

The prime birdwatching season in Nunavut begins in May and continues through August, as millions of migratory birds return to the land where they were born to fledge a new generation before heading south for winter. The spectacular home terrain of diverse avian species ranges from quiet, colourfully flowered expanses of gently rolling tundra to steep rocky cliffs, towering like giant shards of broken slate, which shelter tens of thousands of squawking, hungry nestlings perched high above the pounding arctic surf. 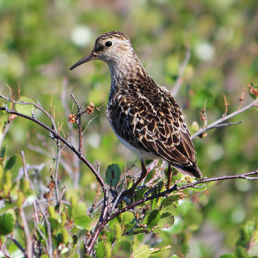 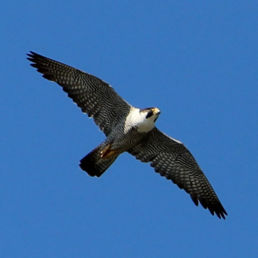 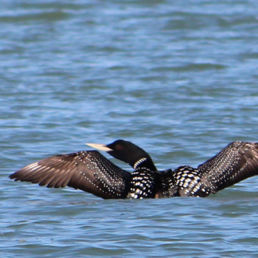 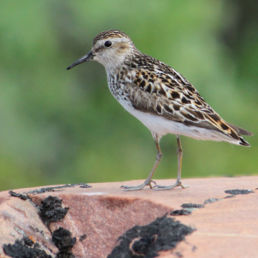